Reading:
Leigh Hobbs: Characters from the Drawing Board
Share:

Leigh Hobbs: Characters from the Drawing Board

An exhibition featuring original illustrations and treasures from Leigh's studio.

Australian artist and author Leigh Hobbs is best known for the many children’s books he has written and illustrated featuring his characters Old Tom, Horrible Harriet, Mr Chicken, Fiona the Pig, Mr Badger and the FREAKS in 4F. In 2019 he was honoured by Australia Post with a stamp as an ‘Australian Legend of Children’s Literature’. He was the 2016 – 2017 Australian Children’s Laureate.

This exhibition takes a closer look at Leigh Hobbs, his art and the development of his famous characters. It includes giclee prints, original illustrations and treasures from Leigh’s studio including original sketches, sketch books and art materials.

Recently Leigh has created a series of short films, the “That’s Me” series of films, which  talk about the ideas behind each of his beloved characters, and where the inspiration comes from. 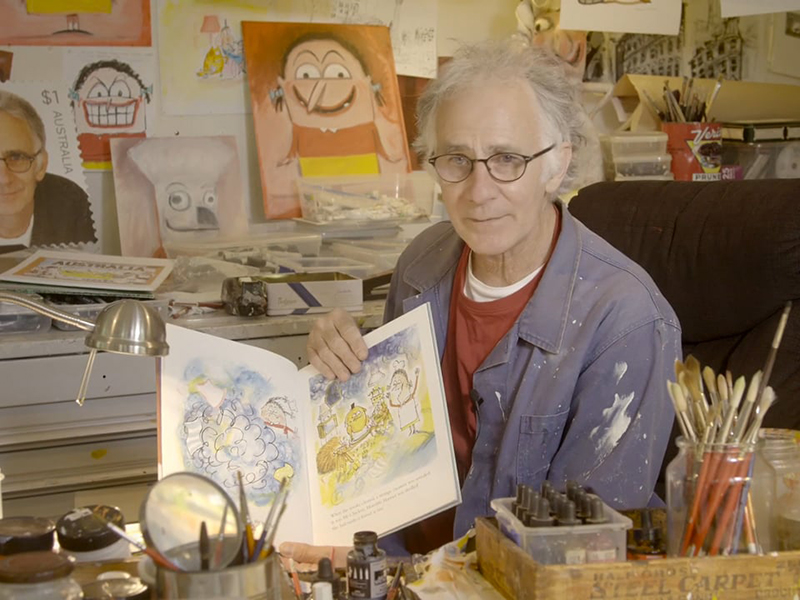 Because Leigh Hobbs was not able to be here in person (for the second year in a row!), he is pleased to present a series of short films where he talks about the ideas behind each of his beloved characters and where the inspiration comes from. Leigh also shows us, step by step, how he draws each character.

Growing Up Optional is a vibrant display of new and vintage collectibles will delight pop culture fans of all ages.