Past highlights of the 2012 WAM festival 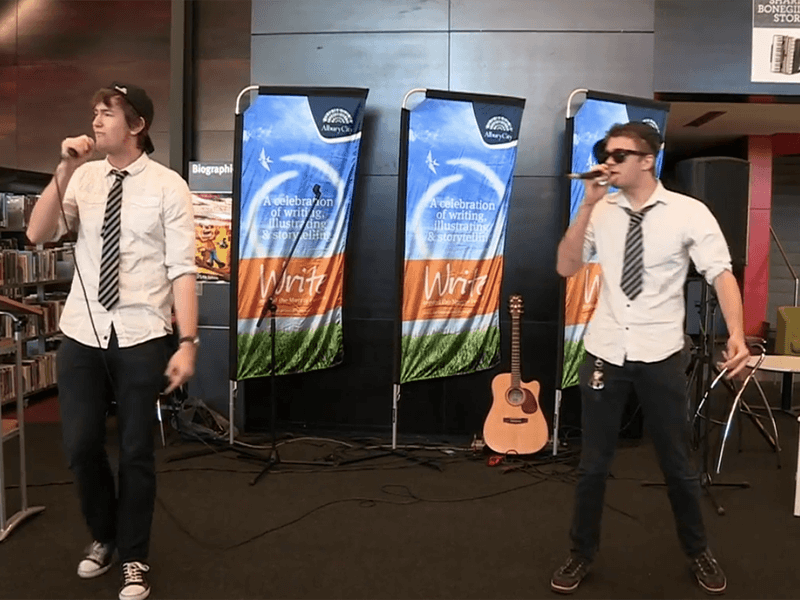 Write around the Murray 2012 was once again a wonderful celebration of reading, writing and storytelling with many highlights from 60 events provided over 5 days to 3500 festival attendees.

WAM 2012 opened to 180 students and visitors at the Albury LibraryMuseum with a warm welcome from Wiradjuri elder Nancy Rooke and the launch of two great community art collaborations, The Reading Pod and Zachary Smitch and the Photo. The spellbound attention of the young students and their gleeful participation in the workshops that followed set the tone for a festival that truly stimulated, surprised and delighted festival audiences.

Doug interviewed fellow comedian and writer Fiona O'Loughlin, drawing her on some moving and hilarious stories from Me of the Never Never. A snippet of their axed TV pilot Life at the Top, co-starring William McInnes alongside Fiona, was a special treat. Anyone else spot the cane toad in the freezer?

Speaking at the Literary Lunch, Fiona showed just what a skilful storyteller she is. Through her presence and close observations of life, she took us from laughter to tears and back, carrying us through the fullness of story and leaving us wholehearted and well nourished.

Dorothy Gilding launched her book Letters from the Front as part of WAM 2012. The writing and publishing of her book came about as a result of a Moment with a Mentor session at last year’s WAM.

She told her story to ABC local’s Bronwen O’Shea

Jane Caro gave a powerful address at the Festival dinner, citing examples and drawing parallels between the control of information and public knowledge from the 15th century and now, while The Secret Sandwiches and Flange and Nora gave us all a good laugh.

Tony Wilson and Jane Caro engaged in a very timely and lively discussion on the pros, cons and power of twitter and new media with Jane’s ; #destroyingthejoint proving an interesting case study.

New media and tech featured again at The Poets Loft when Murray High student Regan Cross blew us away with his Beat-influenced poem about getting to know a potential love interest through Facebook, and open mic guest Tim Hamilton read from his iPad. Emilie Zoey Baker, Andy Jackson, Derek Motion, David Gilbey and others showed us just how good poetry gets.

Inside Publishing panelists gave us a dynamic and informative discussion about publishing, technological change, the work of literary agents and editors, and the pros and cons of Fifty Shades of Grey at a time when booksellers struggle to stay relevant.

The discussion was rich and diverse with the Belonging and Identity panel exploring themes of body image, cultures within cultures, and the confusion and complexity of ‘Australian-ness’.

Local writer Beverley Lello showed what an outstanding talent she is, emerging as the AlburyCity Short Story Award winner two years running. Her story, So Thin, was selected as one of the 12 best stories of 180 entries from all over Australia, by two independent judges. Final selection of winners from the shortlist was made by highly respected author Carmel Bird. The anonymity of entrants was maintained throughout the process so that judging was based entirely upon the merit of the writing.

Feedback was overwhelmingly positive from participants in workshops with Carmel and other established writers, poets and artists who shared their skills. The editing workshop was described as being of ‘university quality’ while young writers in Randa’s Saturday morning workshop wished the 1.5 hour workshop was longer.

Charlotte Wood and Elliot Perlman gave fascinating insights into their writing as Jason Steger once again hosted the Big Book Clubs with warmth, charm and generosity.

And for those who like feeding their stomachs as well as their minds, celebrity chef Tobie Puttock hit the mark when he cooked like an Italian at the Community Wood Fired Oven.

As part of the festival line-up, ABC Open workshops offered eight people the rare opportunity to write and record their own radio documentary - and hear it played on ABC Goulburn Murray.

The final documentaries have been aired on Gaye Pattison's Breakfast program throughout this week, to correspond with each day of the festival.

The ABC Open documentaries all focussed on the theme, 'A book that changed your life', to correspond with the 2012 National Year of Reading.

Listen to the radio documentaries 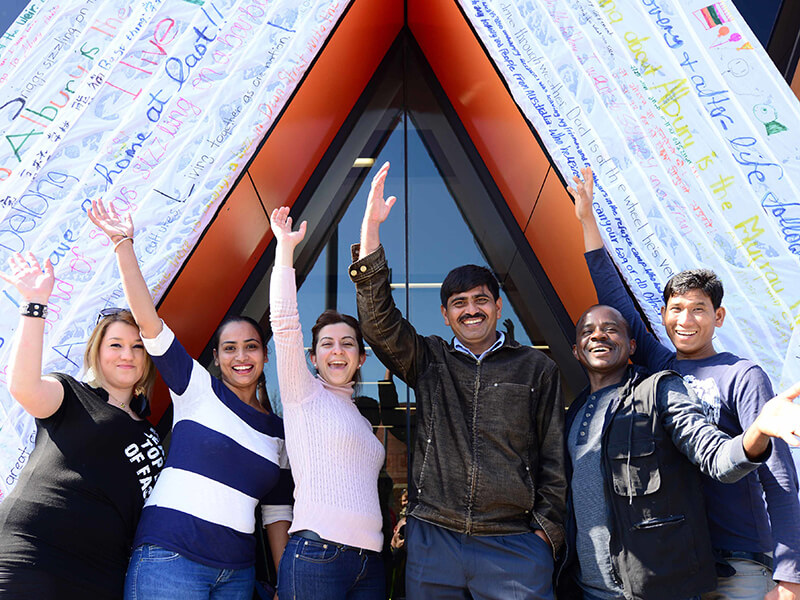 Past highlights of the 2013 WAM festival 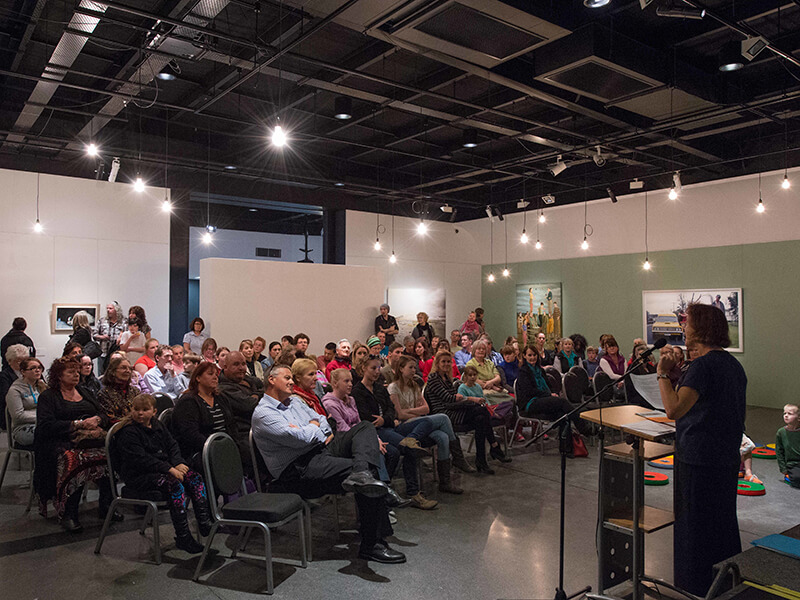 Past highlights of the 2014 WAM festival 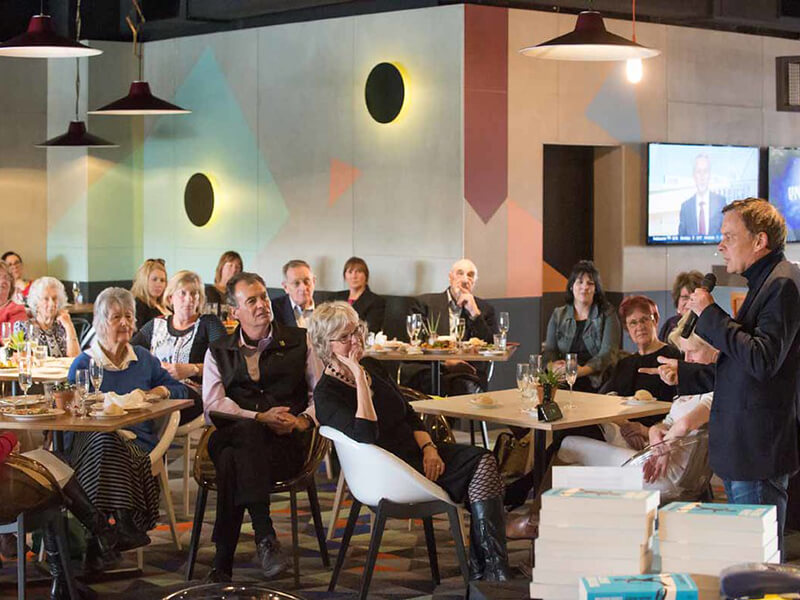 Past highlights of the 2015 WAM festival